Indulge your inner vixen…
BAD BOYS AFTER DARK: MICK
Bad Boys After Dark #1
Melissa Foster
Releasing June 22nd, 2016
World Literary Press
Indulge your inner vixen…
Meet the Bad Boys… Four sinfully sexy, fiercely loyal, uber alpha brothers about to fall head over heels for their leading ladies. If dirty talk, cursing, or raw, passionate sex turns you off, the After Dark books are not for you, because everything’s naughtier after dark.
***
Amanda Jenner is done being a boring-man magnet and has finally taken control of her love life. As any smart paralegal would, she’s researched the hell out of how to seduce a man. She’s waxed, primped, and ready to put her newfound skills into action—and a masquerade bar crawl is the perfect venue for her solo coming-out party.
Entertainment attorney Mick Bad lives by two hard and fast rules. He never mixes business with pleasure, and he doesn’t do relationships, which makes the anonymity of a masquerade bar crawl the perfect place for a onetime hookup.
Amanda thinks she’s hit the jackpot when she bags a tall, dark, and sinfully delicious masked man—until she discovers the man she’s made out with is her off-limits boss. Mick’s already crossed a line he can never uncross, and one taste of sweet and sexy Amanda has only whet his appetite. When Mick offers to give Amanda a lesson in seduction—no strings, no regrets, and for goodness’ sake, come Monday, no quitting—the tables turn, and Mick’s totally unprepared for the lessons this sweet temptress provides.

Tonight she had no room for the confidence-crushing worry of what tomorrow would bring. She scanned the crowd, as she had in the previous three bars, immediately dismissing anyone who wasn’t in costume. Her world was full of boring men who excelled at wining, dining, and boring her to sleep.

Ten years of romance novels and movies had led her astray, sending her on a search for the elusive needle in a haystack. She’d led herself astray, always the careful thinker, careful dresser. Or as her younger sister, Ally, would say, Careful kisser, careful lover. Ally, however, had taken charge of her sex life—and she’d found the perfect man.

Phew–quite the change from Ms. Foster’s “usual” books–that I’ve read so far, anyway; a definite ramping up on the steam factor. Not that I’m complaining 🙂

I liked both Amanda and Mick quite a bit, and believed in their relationship from the beginning…though it’s kind of a stretch to believe that they’d work so closely together for three years and not realize that the other had the hots for them…but okay, I’m willing to suspend belief. They were totally adorable during their weekend together, except when they were being totally hot (the book did kind of have a schizophrenic feel to it, as if it sometimes couldn’t decide if it wanted to be sweet or steamy), but whichever way they were acting, I really, really wanted them to get to their HEA.

Though perhaps not as much of an HEA as they did, or as quickly. Mick’s reason for not wanting to have a relationship was on the weak side, and he did get over it fairly easily, but still. Even with the knowing each other for three years and all, the events of the last chapter happened awfully fast. (And the freckle obsession? What was up with that?) But I digress….

Overall, an entertaining read with enjoyable characters. I’m definitely looking forward to seeing what Mick’s three brothers have to bring to future books. 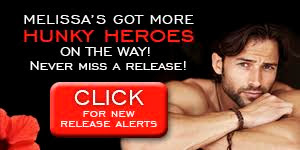