Published by beckymmoe on 02/14/2017
Over the course of one wild road trip, feuding childhood sweethearts get a second chance at love.

Over the course of one wild road trip, feuding childhood sweethearts get a second chance at love in this charming rom-com—a standalone novel from the New York Times bestselling author of Blurred Lines and Good Girl.

When Lucy Hawkins receives a job offer in San Francisco, she can’t wait to spread her wings and leave her small Virginia hometown behind. Her close-knit family supports her as best they can, by handing over the keys to a station wagon that’s seen better days. The catch? The cross-country trip comes with a traveling companion: her older brother’s best friend, aka the guy who took Lucy’s virginity hours before breaking her heart.

After spending the past four years and every last dime caring for his sick father, Reece Sullivan will do just about anything to break free of the painful memories—even if it means a two-week road trip with the one girl who’s ever made it past his carefully guarded exterior. But after long days of bickering in the car turn into steamy nights in secluded motel rooms, Reece learns that, when it comes to Lucy, their story is far from over. And this time, they just might have a shot at a happy ending.

Although listed as a title in the Love Unexpectedly Series, all books in the series stand alone. 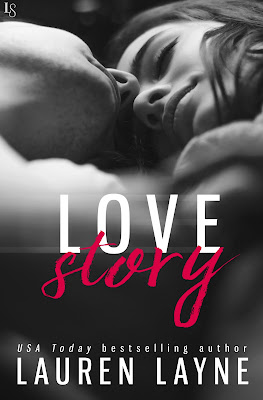 Her utterance is too much for my siblings to handle and they both burst out laughing, retreating into the kitchen to rejoin the party where there’s wine.

Oh what I wouldn’t give for wine right now.

“Because yours broke down,” my dad explains, walking forward to thump Horny’s dented hood.

Look, it’s not that I’m not grateful. My parents are trying to give me a car, I appreciate the sweetness of the gesture, it’s just . . .

“He’s going to take you to California,” Dad says, giving the car another thump.

“Really?” I step forward and run a tentative finger along the familiar panel. He’s had a bath, so at least that’s something. “Because last I knew, he wouldn’t even make it out of the garage.”

“Yeah, well, we neglected him for a while, but he’s right as rain now,” Dad says, puffing out his chest as though Horny’s a fourth child.

“Purrs like a kitten,” my mom says with an emphatic nod, even though I know she doesn’t even like cats. “We didn’t believe it, but we took him to church on Sunday and there were no issues.”

I literally bite my tongue to keep from pointing out that this is hardly a feat. Sacred Presbyterian is 0.8 miles away from the house.

“Not exactly, it was more of a bartering situation,” Mom says.

“Yeah?” I say, going around to the driver’s seat, already giddy with the prospect of telling Oscar I’ll be able to come see him in Miami after all, even if I won’t exactly be riding in style.

“Reece agreed to fix him up.”

I’m lowering myself into the car as my dad says this, but I reverse so quickly I hit my head. My skull doesn’t even register the pain, because I’m too busy registering the hurt in my heart at the familiar name. “I’m sorry, what?”

“Reece,” my mom says, giving me a bemused look. “He’s always been handy with cars.”

“He fixed up the car in exchange for what?”

And then I feel—I actually feel—the air change around me as the side door to the garage opens, and a new presence sucks all the air out of the space.

I don’t turn around. I don’t move. But I feel his eyes on me. Over me.

“Reece is headed out to California too,” my oblivious mother chatters on. “It worked out perfectly actually. Now you two can ride together, and your dad and I don’t have to worry about you alone in the middle of nowhere with a twenty-something-year-old car.

They think the car is going to be the problem here? It’s not the car that’s toxic to me. It’s him.

Reece Sullivan. My brother’s best friend. My parents’ “other son.”

Slowly I force myself to turn, and even though I’m prepped, the force of that ice-blue gaze still does something dangerous to me.

I wonder if my parents would feel differently about their little plan if they knew that their makeshift mechanic is the same guy that popped my cherry six years earlier under their very roof.

And then broke my heart twenty-four hours later.

Layne is the New York Times bestselling author of over a dozen romantic comedies.
A former e-commerce and web marketing manager from Seattle, Lauren relocated to New York City in 2011 to pursue a full-time writing career.
She lives in midtown Manhattan with her high-school sweetheart, where she writes smart romantic comedies with just enough sexy-times to make your mother blush. In LL’s ideal world, every stiletto-wearing, Kate Spade wielding woman would carry a Kindle stocked with Lauren Layne books.